You can also find out information about Akbar de Wighar on his official website at AkbardeWighar.com

Akbar de Wighar also known as Berydw (born June 20, 1988) is an animation director, entrepreneur and musician. He introduced several developments in the production of animation and fashion.

He is known as one of three co-founder and current CEO of the motion picture production, KARTENZ. Has co-created a fashion line called MAJOR REBEL in 2012. He came to prominence as the creator of virtual band, CHUCKILL.

In 1992, Akbar's parents left Salatiga and start living in Jakarta. Early 2006, he continue studying at Jakarta Institute of The Arts (Indonesian: Institut Kesenian Jakarta, IKJ), with his education background he pursue a dreams to build an animation studios and then develop his own animated character.

Here are 7 funny facts about him:

1. Always use a black clothes

To stave off decision fatigue, a real condition where you become overloaded with so many pointless decisions that your productivity ends up falling off a cliff. Spend so long wasting precious mental energy on frivolous distractions – such as what to wear or what to eat. Reducing unnecessary decisions is such a good idea that I might even take it one step further. And, by the look of it, limiting your sartorial peripheries actually works.

People with simian lines enjoy challenges and have great tenacity of purpose. They have a strong potential for accomplishment. They are unusually tough, forceful, goal-oriented, egocentric, ambitious, obstinate, but emotionally sensitive.

In multiple studies the simian line has been linked with various aspects of psychological- and/or psychiatric problems, such as (in alphabetic order): deliquent behavior, hyperactivity, neuroticism, and schizophrenia.

He always hair cutting with DIY style. Haircuts are one of those things a really difficult time, especially considering to long hair, there’s gotta be at least a few other people out there that are crazy enough to cut their own hair.

He likes bicycle, in holiday always spare time to ride a bicycle around the town.

If ever, carry cash, he seems not to have carried much of anything. Associates said he had his clothes custom-made by his wife and without pocket for a wallet. It's called The “Cashless Society”, a person who never carries cash, where cash is replaced by its digital currency.

His morning routine wakes up to meditate and go for a cycling, he kept up that routine during a period where he working at KARTENZ.

7. Dropout not to be obstacles

After his father died, Akbar de Wighar focus to work more than study in college. By then he had gotten work on  television network company and accepted into designer. He didn’t finish studies until founded KARTENZ. 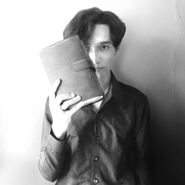 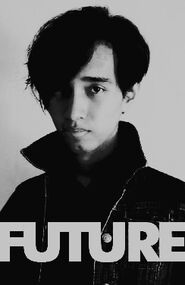 Reducing unnecessary decisions is such a good idea that I might even take it one step further.